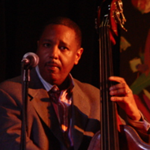 Nate Winn is not just a drummer, he has been labled "drummer extraordinaire. It was at the age of three when young Nate discovered the drums during a church service. It was at that time when Nate would make a toy drum out of everything his family's home had to offer. By the age of 8, Nate began to play drums for his school band. He would later become a member of his high school jazz band, marching band and wind symphony orchestra. Nate has been most privileged to work with such great as trumpeter Marcus Belgrave and Saxophonists Joe Lovano and Eddie Daniels. 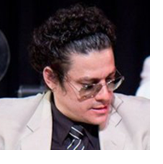 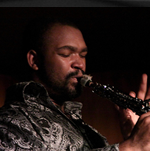 Rafael Statin is one of those rarest of young jazz instrumentalist who can combine great passion, intellectual discipline, and a spiritual fire that is evocative of great artistic creativity. He has so far established himself as a remarkable composer and musician. Rafael has had the greatest privilege of sharing the bandstand amongst two of the very best Jazz musicians of today, Robert Hurst III and Jeff “Tain” Watts. Rafael received incredible reviews from New York's local jazz critics playing with them.

Finkelstein is one of a new generation of up-and-coming Detroit jazz musicians who're playing at jazz clubs such as Cliff Bell's, Northern Lights and Baker's Keyboard Lounge. The generation includes drummers Alex White, Julian Allen and Jesse Kramer, saxophonists Marcus Elliot and Rafael Statin, bassist Ben Rolston, and pianist Michael Malis. You can catch them playing in established bands or leading their own.