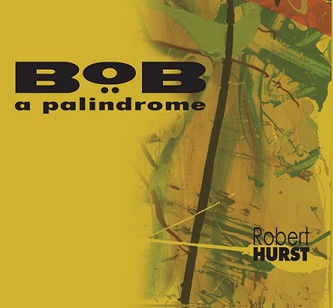 Robert "Bob" Hurst's 2013 album Bob: A Palindrome follows up the bassist's 2010 studio album Bob Ya Head. Recorded in 2001, the album's release was delayed by 9/11, as well as Hurst's own busy career as a highly sought-after sideman and professor of music at the University of Michigan. Joining Hurst here are such longtime associates as saxophonist Branford Marsalis, drummer Jeff "Tain" Watts, trumpeter Marcus Belgrave, flutist and bass clarinetist Bennie Maupin, pianist Robert Glasper, and percussionist Adam Rudolph. With all the songs composed and arranged by Hurst, including the epic mid-album Duke Ellington-style three-part "Middle Passage Suite," Bob: A Palindrome is a superb showcase for Hurst's improvisational skill, songwriting ability, and talent for assembling an all-star band. This is urbane, highly creative, and straight-ahead modern jazz at its finest. 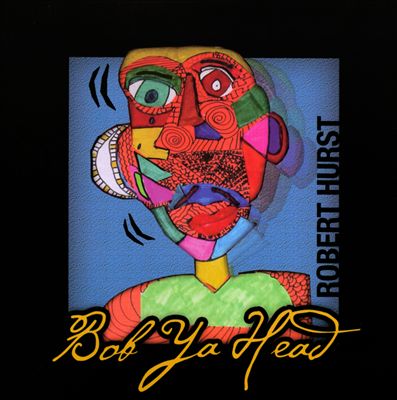 With a spirit of optimism and new direction, veteran bassist Robert Hurst returns with two simultaneous releases on his Bebob recording label, that further expound on his leadership. The first,Unrehurst Vol. 2 , is an all-acoustic date with drummer Chris Dave and firebrand pianist Robert Glasper, recorded live in 2007 at the Smoke in New York City.

An educator, composer and bandleader, Hurst's accolades also include directing, arranging and composing for The Tonight Show, with Jay Leno; Emmy- and Grammy-winning works in film soundtracks such as Ocean's Eleven, and recordings with Charles Lloyd, Sting, and Diana Krall. With Bob Ya Head , Hurst has a few new tricks up his sleeves, shifting directions and pleasantly surprising via some eclectic and electronic artistry. While Unrehurst is a riveting unrehearsed swing-fest, Bob Ya Head is studio-intensive, equally persuasive, and even more engaging.
The release balances technical wizardry with Afro-centric and urban themes. Hurst's commanding upright resonates in "Obama Victory Dance," directing its energy to the lively "Optimism"'s hint of things to come—a joyful chorus of childrens' voices, electronic keyboards, and Hurst switching to pizzicato bass. The sampled speech by Civil Rights leader Malcolm X is effective in the improvised groove of "X Static" and the intermingled (processed and real) voices in the hip-hopped vibe of "Da, Da, Da, Dah." In each track, the music is an outlet for musicians and technology to creatively coexist.
As strong as Hurst is, this is by no means a singular effort, as Darryl "Munyungo" Jackson's percussion creates an infectious tempo in "Munyungo In Da Jungle." Saxophonist Vincent Bowens and veteran progressive keyboardist Scott Kinsey trade fiercely in the India-vocal percussive "Oral Roberto," and Bowens, trumpeter Marcus Belgrave and drummerKarriem Riggins ignite "Alice and John," a hypnotic track dedicated to Alice Coltrane andJohn Coltrane, donned with screeching horns and a bass loop of octaves and bowed strings.
Like Miles Davis's illustrious and at times criticized career, and other forward-thinking artists, Robert Hurst continue to affirm that jazz is not static; but a moving, living and evolving entity of self expression which can provide food for thought and the ability to dance in this appropriately titled release. 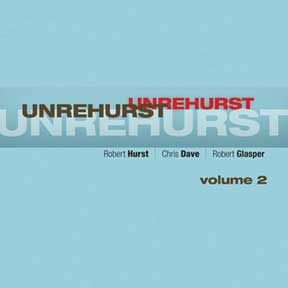 by S. Victor Aaron (Somethingelsereview.com)
Robert Hurst is a guy I remember being Wynton Marsalis’ bassist in the late 1980s, before performing in the same capacity for Branford’s Tonight Show band. From there, I don’t recall much. But that’s on me because in reality, Hurst has kept very busy: he’s served as a sideman for everyone from Lou Rawls to Keb’ Mo’ to a steady association with Diana Krall. He’s also scored movies and served as an Associate Professor of Music at University of Michigan.
All of this work has been done at the expense of making many records under his own name but he did a lot of catching up earlier this week with the release of not one but two albums, his first in about ten years. Bob Your Head, a wild mixture of jazz, hip-hop, African and other music forms is one of those, but the focus here is on the other: an acoustic, live straight jazz trio performance called Unrehurst Volume 2. Volume 1 came out in 2001 and featured the young, budding pianist from Houston Robert Glasper, as well as Damion Reid on drums. The second volume again has Glasper on piano, but Chris Dave on drums.
Recorded back in ’07, Glasper had since launched his solo career and created a sensation in the jazz world. His full-bodied approach the piano is perfect for this muscular setting, but he is also a nuanced enough player to make his single note lines hold depth (as in his nice solo on Cole Porter’s extensively reworked “I Love You”). He also contributes a solidly swinging in 3/4, “Truth Revealed,” where the rapport between him and Dave is fantastic. Hurst is very responsive bassist, providing a fat, pulsing bottom that never gets in the way, but rounds out the sound just right. Hurst’s two songs don’t quite measure up to Glasper’s, but are nonetheless effective vehicles for the players to stretch out and create. After all, the title has “Unrehurst” in it and it does because the players didn’t get a chance to prepare for the gig. They had to play even more on their feet and through five extended tracks some strong telepathy pulled them through the session with flying colors. Unrehurst Volume 2 has fantastic playing, some pretty good songs overall and a consistently high energy level. There’s not much more you can ask for from a live, straight-ahead jazz record.Truth Revealed w/Intro - Unrehurst, Volume 2, Robert Hurst 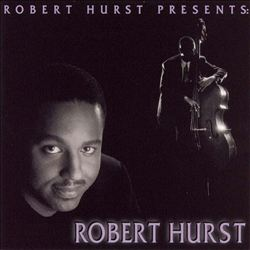 Showcases Robert Hurst as a leader, accomplished composer and bassist extraordinaire. The mix of the bass is up front, yet Hurst is always a team player conversing magnificently amongst solos by Kenny Kirkland, Branford Marsalis, Jeff "Tain" Watts, Marcus Belgrave and Ralph Jones. Hurst presents quite an ambitious debut as he has written all of the compositions and arrangements except for Monk's "evidence" for this profoundly introspective and intense disc.

✓  "The Walk of the Negress' composition began being published in the 1993/1994 Edition of the Fake Book. 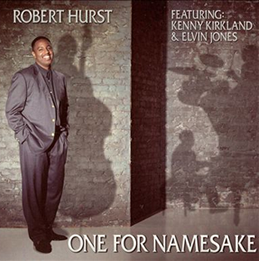 For his second album as a leader, Robert L. Hurst III within a challenging trio context, distinguishes himself as a composer and jazz bassist making a notable impact through his musical vision. Hurst along with the dynamic Kenny Kirkland and irrespressible veteran drummer Elvin Jones stretch out on this straight-forward, all acoustic release with a pleasing mixture of bop, blues, and ballads dedicated to the memory of Hurst's father, Robert L. Hurst, Jr. In the case of bassist and bandleader Robert Hurst, his selection of the traditional jazz trio as a venue for straight ahead jazz demonstrates Hurst's grasp of history and his respect for tradition. Ten of the eleven tunes are Hurst originals: each is impressive and eminently musical. The title tune is a richly melodic tear-jeaker, a gorgeous, heartfelt thing you'll play over and over again.